I’m a bit of a daydreamer, especially while driving which maybe isn’t an ideal time!

It’s how I got the sudden urge (not sure why) that I should reach out to ask if I might photograph Michael Eavis.

You see It suddenly popped into my head that Michael and his family are the people who have put Somerset on the world map with the world-famous Glastonbury Festival.

For that reason, I felt I had to at least ask if he would spare a few minutes to be part of my Life In A Somerset Landscape Project.

Fortunately, he and his team liked the project and were very accommodating allowing me to photograph a few weeks before Glastonbury 2022 which is not their quiet time !

Michael as I expected was lovely and very charismatic in front of the lens and made my job easy. In fact the whole shoot was done in less than 30 minutes.

I titled the main image “3 Icons Of Glastonbury” showing Michael together with the Pyramid Stage and Glastonbury Tor rising above the Somerset landscape.

Michael Eavis is an English dairy farmer and is best known as the creator of the Glastonbury Festival of Contemporary Performing Arts, which takes place on his farm in Pilton, Somerset.

It all began in the late sixties; after a casual visit to the Bath Blues festival with his girlfriend Jean, Michael decided to have a go himself in 1970. The Festival did not make a profit for several years, but when it did, Michael began to look for good causes to support both locally and internationally. Nowadays, the Festival aims to raise two million pounds each Festival year in aid of Greenpeace, Oxfam, and WaterAid, as well as hundreds of local causes. 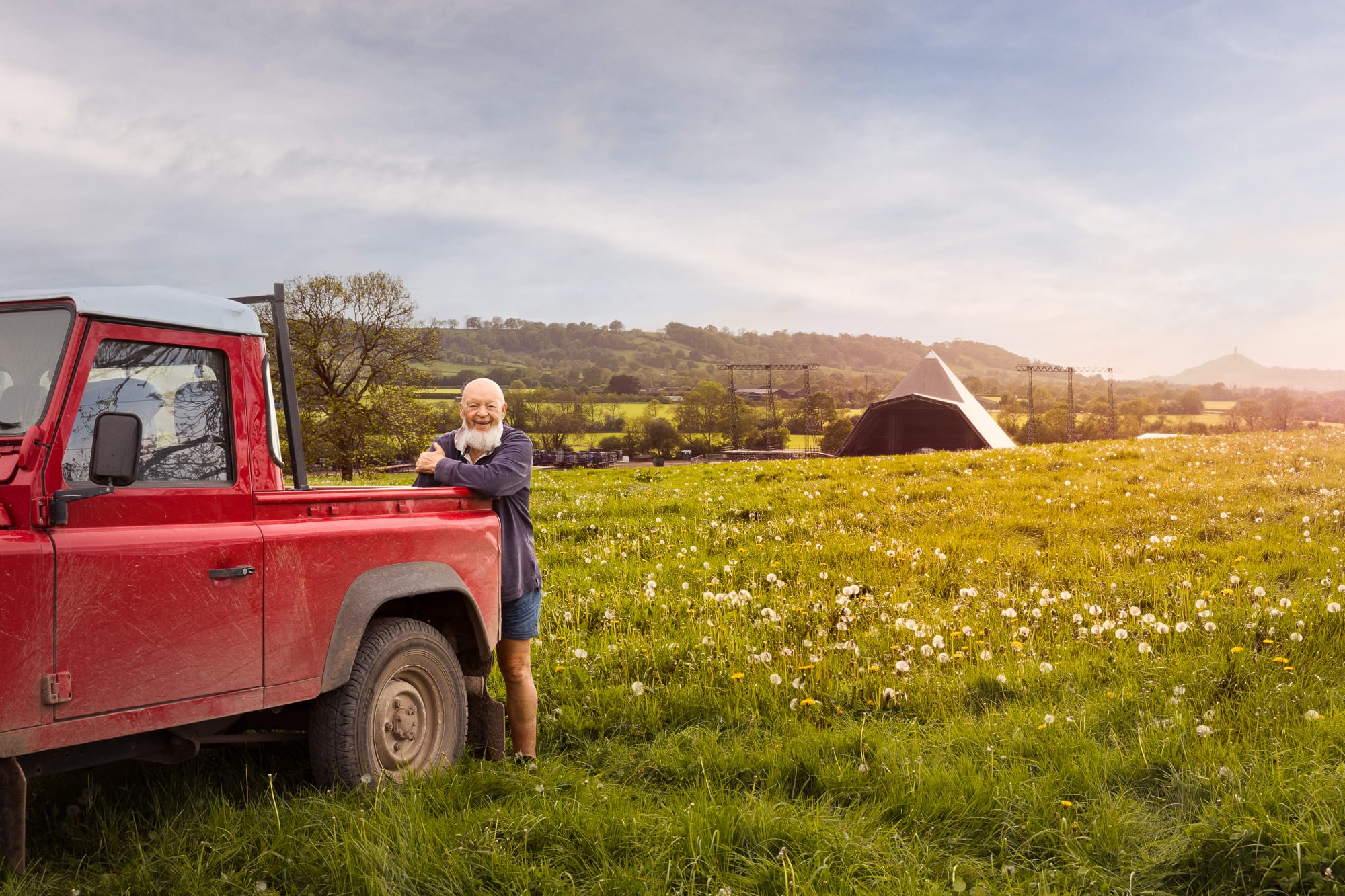