A Perch In The Storm

I found myself on the North Devon coast for a small shoot on Saturday.The weather was less than pleasant but I decided on the journey home to head across the top of Exmoor.
Sometimes harsh weather just suits a location and a damp Exmoor with low hanging cloud seemed to feel strangely perfect.
As I drove I spotted this crow sat on top of this tree and immediately new it had potential to make a great image.
Luckily I managed to pull over and grab my camera which was already set up on the rear seat. To my surprise the crow stayed in place perfectly just sat overlooking the bleak cliffs and coast and I managed to capture 6 or so frames before it got spooked and flew off.
Back in the days of film I would often shoot 1000 ASA Agfa RS film which was renown for it’s impressive grain especially when pushed to 2000 ASA and pushed in processing.
I decided in post to enhance the harsh atmosphere further by adding a copious helping of old school grain although not to the extent of the old Agfa stock! 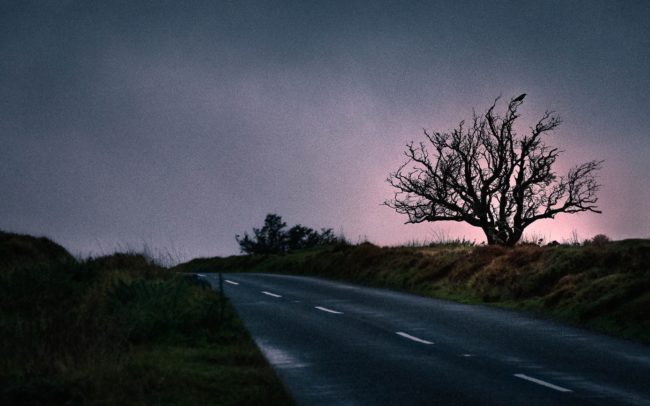