Inspiration to create images comes in many forms at least for me. While retouching some work the other week I decided to randomly listen to something completely different from my normal playlists on Spotify and put on some Bluegrass music. One track, in particular, hit a chord (pardon the pun) which as you may expect from the Bluegrass genre contained the Banjo.

This got the creative juices going and I got straight onto Facebook asking for help. That is one of the great things I’ve found with Facebook is that you can normally find someone who knows of someone or something you are looking for and I had two contacts within an hour. Tom Dunbar plays Banjo in a band called The Dunbars and was perfect for the image I had in mind and also happened to be in need of some new images…perfect! I went out and shot some backgrounds I felt would work well but the Maize field just felt perfect and lucky I shot it when I did a few days later the field was stripped of the crop. Tom himself was shot at our studio based at The Monks Yard but not in the studio instead I required natural light for the composite image and nothing beats the real thing. The wood scene was also shot onsite in our resident small wood which gave us a second set up. The lighting was here was a little tricky due to the low levels and colour cast from what leaves remained clinging to branches but nothing a bit of care could not sort out. The final composite came together without a fight to complete the main image I wanted to create. 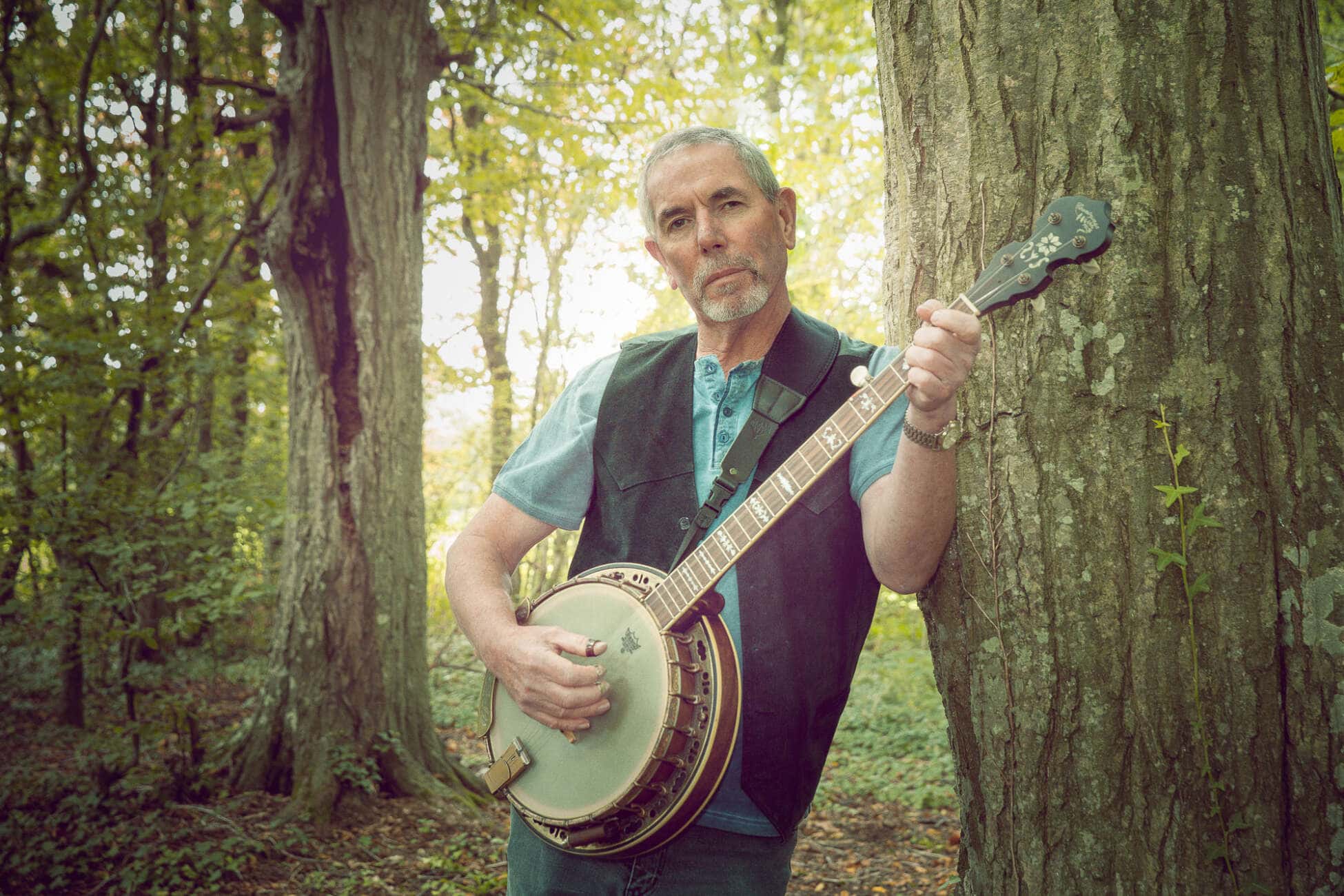 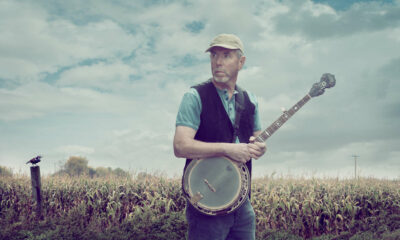 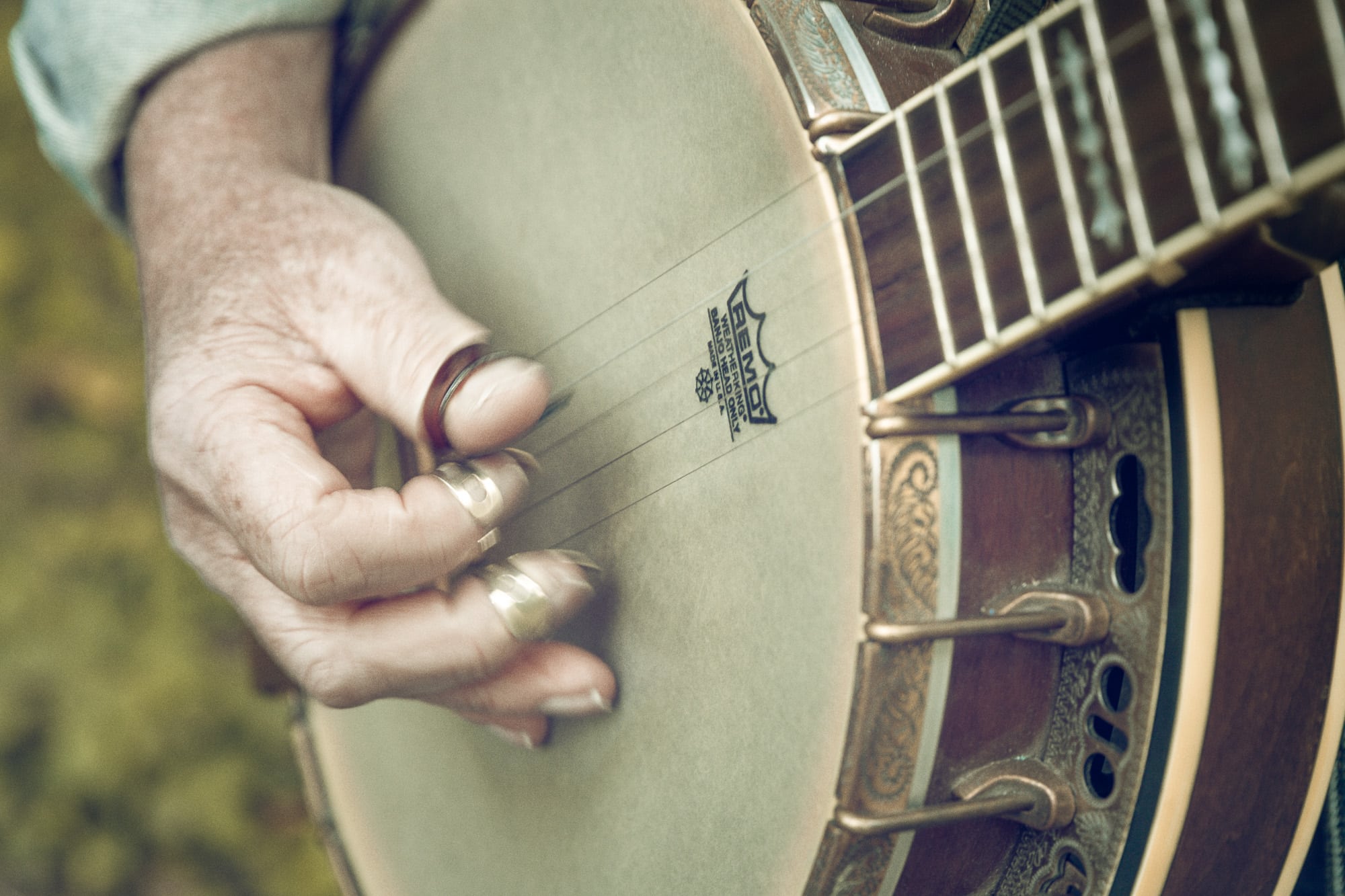 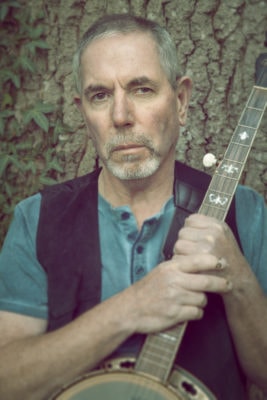