This week my diary looked a little quieter than the hectic previous 6 weeks or so but that soon changed within one brief phone call.
I was asked by a client if I could travel to West Wales for a couple of days to shoot two urgent jobs that needed completing ASAP.

This work was shooting two amazing holiday properties one on each day hence my overnight stay.

Pembrokeshire in West Wales is approximately 160 miles from my base in South Somerset and not an area I have visited since I was a teenager riding my Vespa Scooter.
I knew or remembered little about the area except it was a beautiful part of the world and a great photography location that I would have plenty of time between shoots to explore and capture some images.

After my first shoot was completed, I decided to explore the coast and take a few snaps of my discoveries and generally just chill and even have a paddle in the surprisingly warm Irish sea!
It’s always frustrating to discover an amazing scene in the middle of the day and know that 6 hours earlier or later the light would potentially be so much nicer.
So it was nice to explore a location knowing I was stopping locally and could return in a better light if something caught my eye.

It was a location in Cardigan where my hotel was located that I decided to shoot later that evening.
Cardigan a historic and picturesque town has a wonderful Grade II listed bridge over the river Afon Teifi that is difficult to ignore.

After a brief recee and chat with the locals I found what I thought would be a good viewpoint to capture the evening light that was to backlight and give great shape to the bridge.

I’ve mentioned before that I prefer the more compressed perspective of slightly longer lenses rather than using wide angled lenses.

In this image to get the width needed to show the scene with the perspective, I wanted from my 70mm lens I captured 9 final frames to build up both image width and height.
Actually it was 27 frames as I captured 3 bridged exposures to create an HDR that I blended to capture the wide dynamic range in the scene.
This has the added benefit of creating a super-resolution image not that I particularly needed that.
You can see a video sample of this on my retouching page. 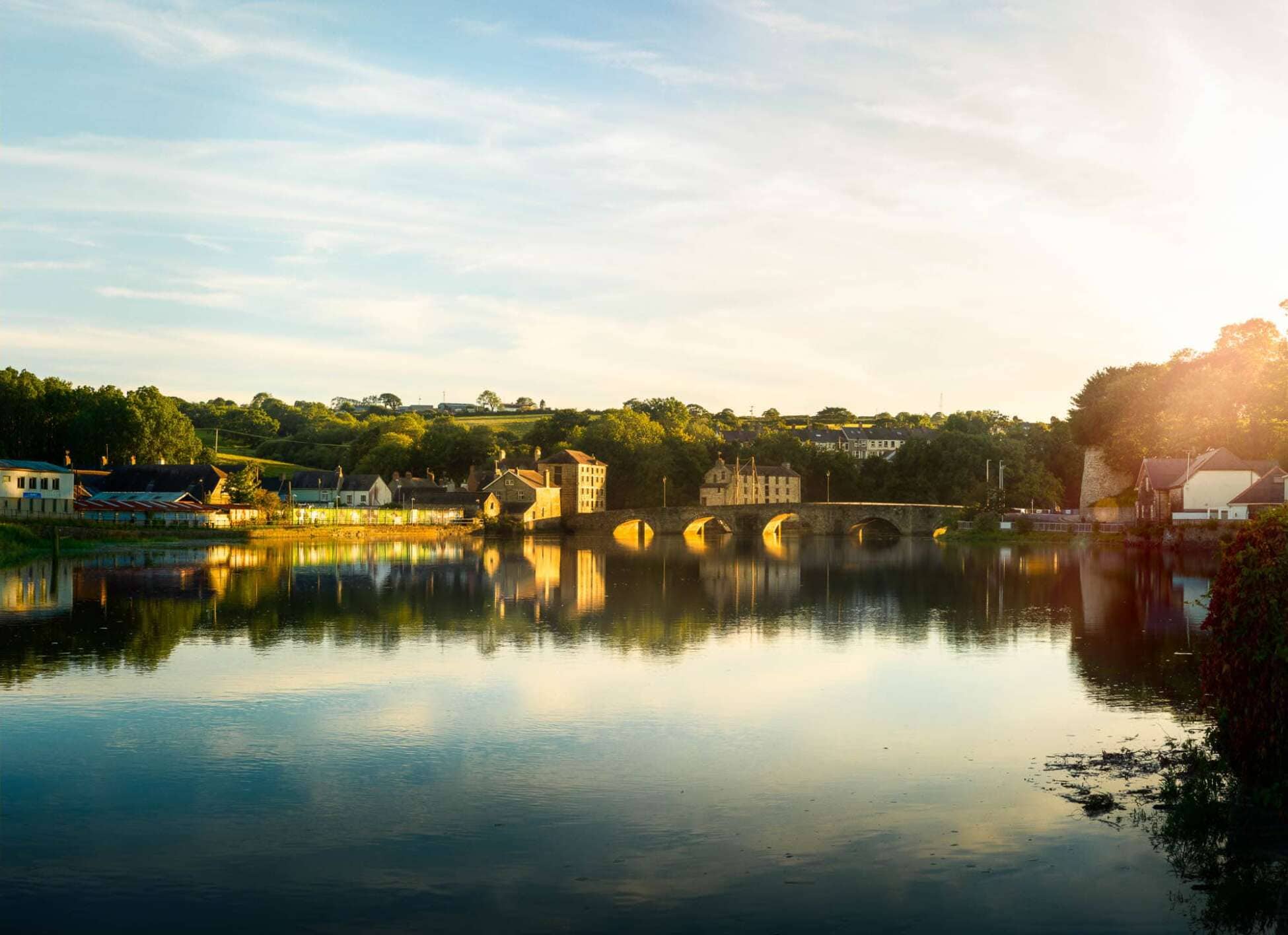