I came across this Caravan pitched up in October 2019 and just had to return when the light was right to shoot it.

END_OF_DOCUMENT_TOKEN_TO_BE_REPLACED

Greece, Summed Up In An Image.

Greece, Summed Up In An Image.

It’s no secret I love Greece especially the island of Rhodes.
Greece has been a thread throughout my life in many different ways and the catalyst to me picking up a camera.

END_OF_DOCUMENT_TOKEN_TO_BE_REPLACED

About a month ago I published a blog post titled A Perfect Moment – Capturing A Lifestyle Photoshoot called Greek Summer In Grey November Link Here
Walk Before Dinner is another image from that same shoot captured in chilly November.
I captured this background for use as a Lifestyle shot well over a year but for one reason or another I never have.
The background is of St Pauls Bay below Lyndos village Rhodes Greece.
It was created from approx 27 individual frames mostly to allow me a more flattering perspective and to keep the Chapel below and the Temple above from getting lost completely in the image.

The technical aspects of capturing Nathan & Emma was much simpler than in The Perfect Moment image.
For starters the lighting in this image was soft rather than directional which previously required matching with the direction and quality of the background.
Creating images without the models feet showing that otherwise need realistic shadows created is also much simpler hence why many people based composites are 3/4 not full lengths.

I rarely time these things but the final composite not including the background creation took approx 6 to 8 hours to complete.

It’s been a busy end to what has been a slightly unusual year with both new exciting opportunities as well as a few challenges too but life is never linear or dull as an image creative!

October saw me back in Rhodes for a third time in 3 years but this time I chose to spend my time filming rather than capturing stills which I seem to be doing more and more of these days.
I decided (for the most part) to keep the gear to an absolute minimum. Apart from the Video time lapse section which was shot with my Canon 5D Mk4 most of the remaining filming was captured on iPhone and my Sony RX100 pocket point and shoot albeit a high end one!
My biggest dilemma was wether to take my gimble but I decided it would be a great exercise in adaptability and creativity to do without it plus I simply couldn’t be arsed to carry it ! 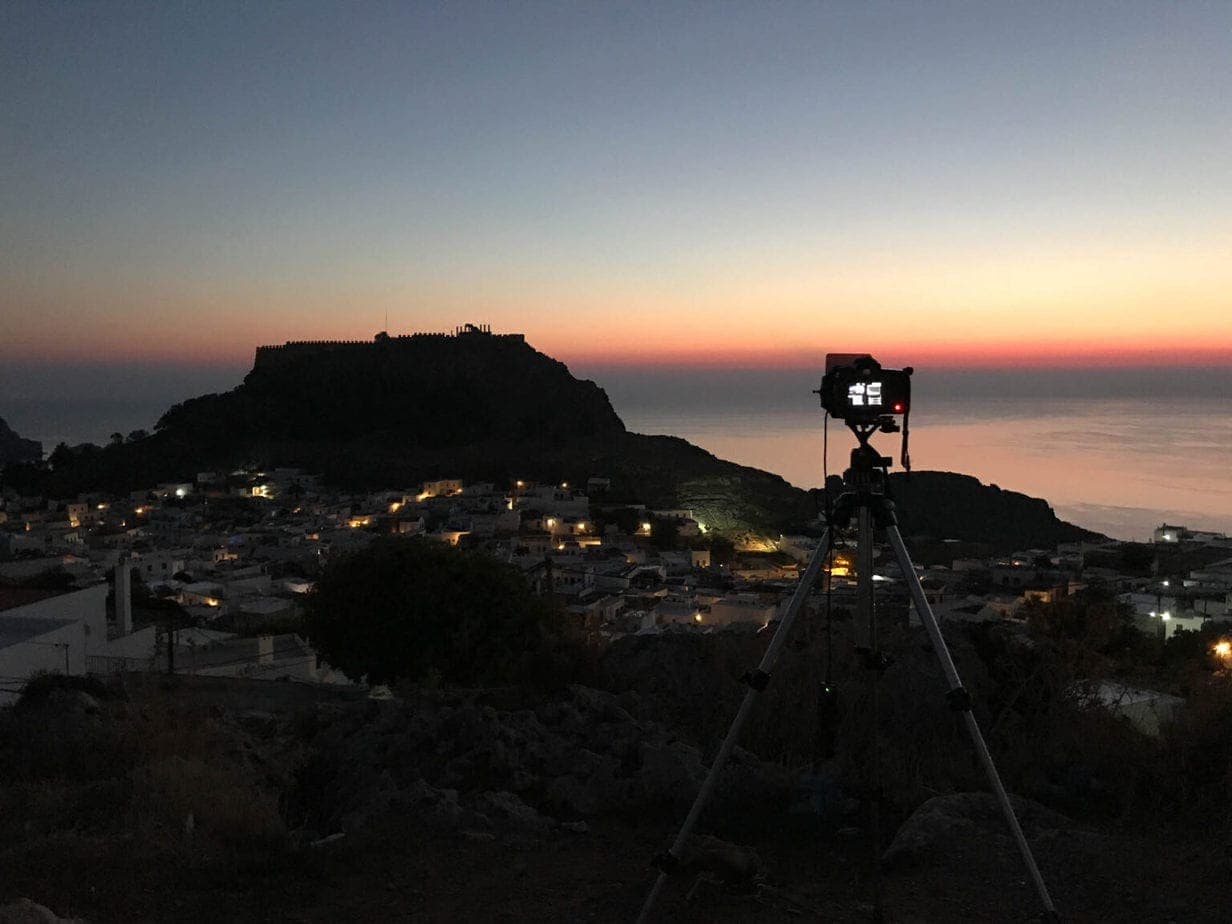 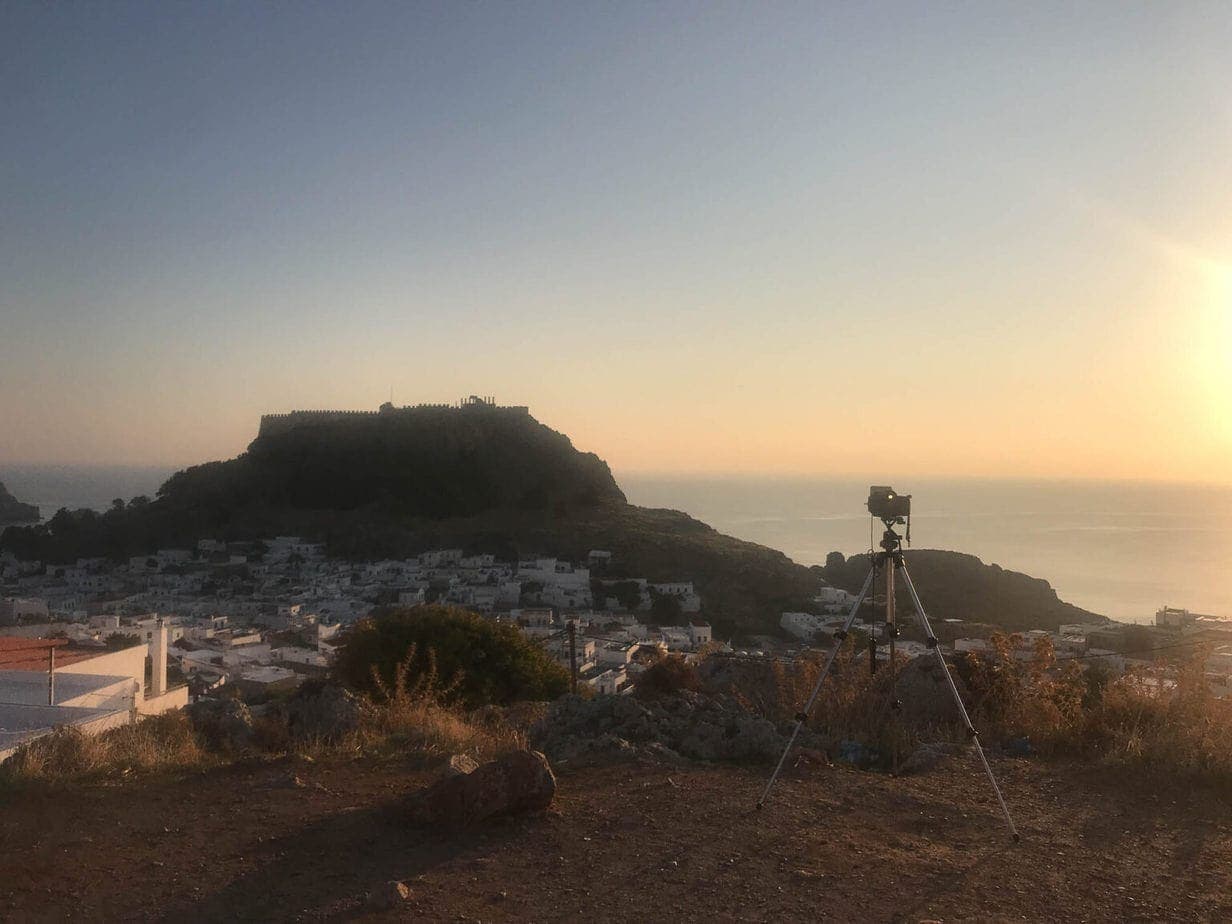 I’m going to state the obvious..winter is never an ideal time of year for a commercial lifestyle photographer to shoot summer lifestyle in the U.K!
Unfortunately, that was exactly what was required on one chilly November morning with two brave Welsh models Emma James and Nathan Scola. 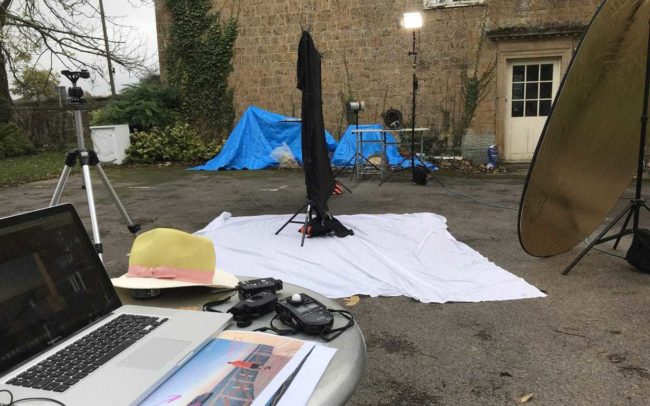 The backgrounds for this shoot were all captured in the warmer months of August in Greece and required my models to be dressed for the summer.
To make the composite work seamlessly I required many elements to work together including natural light even if it was the grey type!

Commercial lifestyle photography can be tough but Nathan and Emma were true professionals and used their vivid imaginations to bring the greek summer into the shots despite the biting November cold. I’ll be sharing more from this shoot in the next few weeks. 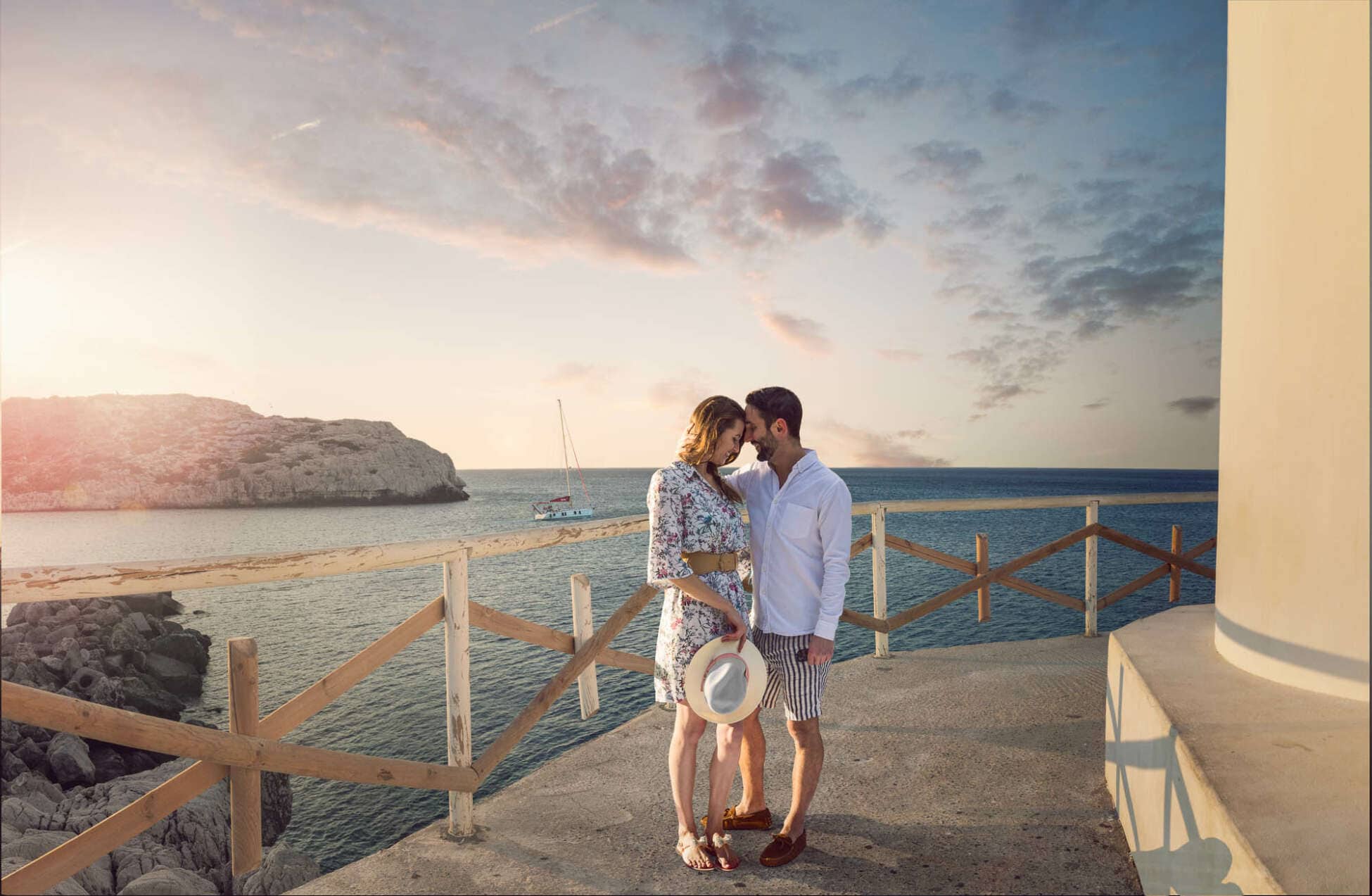 Yep I’ve been back there again on a photography trip to one of my favourite places to shoot in Rhodes Greece.
Unlike the previous two visits this time I wanted to concentrate more on doing some filming that I had pre-planned rather than shooting stills and I’ll be publishing that finished video very soon.

Having said all that I still managed to capture plenty of still images like this location close to the beach at Faliraki.
The scene I found in front of me reminded me of one of those amazing large-format Peter Lavery landscapes found in the Marlborough adverts from back in the mid 80’s (Google em kids) captured in the wild deserts of the U.S.A.

I came across this and several other small caravans dotted close to the beach area and although this was obviously made into someones home at some point I’m unsure it or the others were still actually being lived in. Either way instead of seeing them as some kind of eyesore so close to the beautiful beachfront they actually made me smile because of it. 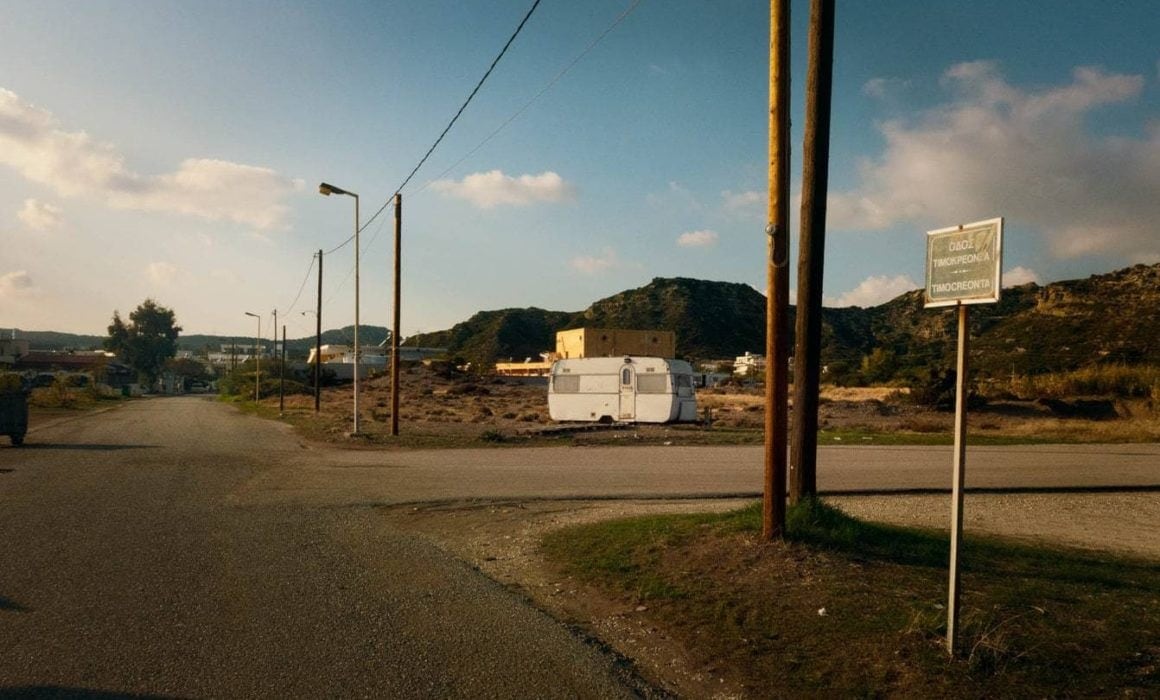 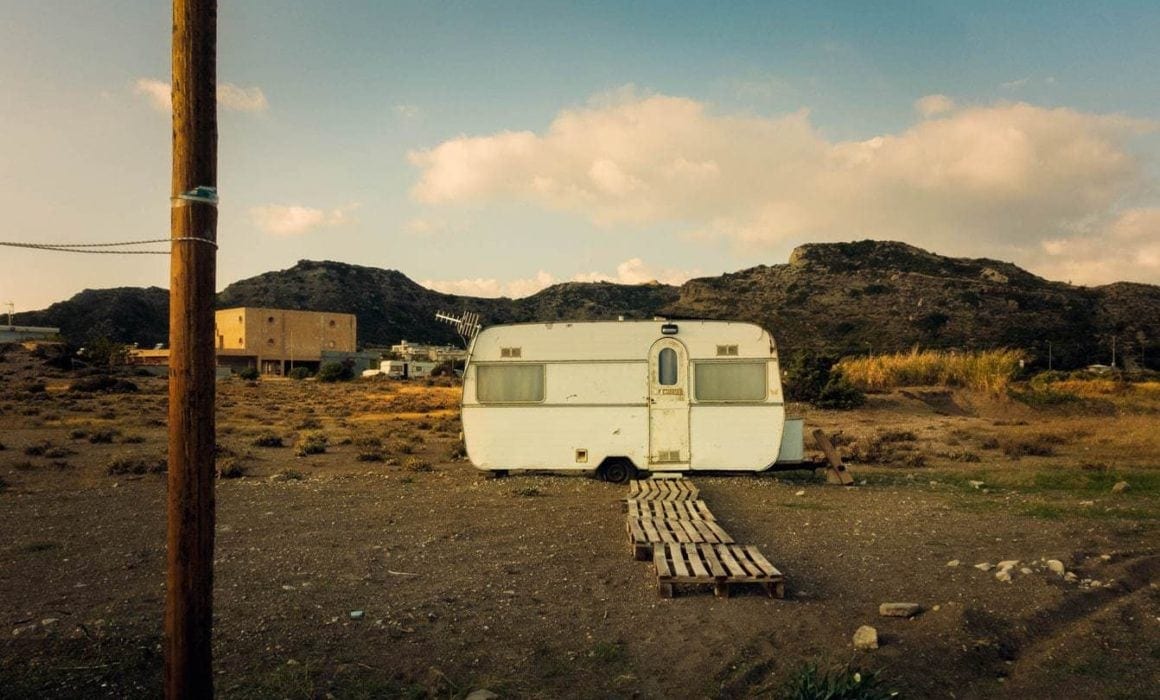 Travels And The Honda Cub

As a keen Scooterist from way back in the 80’s Im always on the lookout during my travels for old Italian Vespas and Lambretta’s.
In Greece you can still come across older Vespa workhorses still being used but it stands to reason they are becoming less frequent these days.

There does seem however a large amount of Honda Cub mopeds still on the road which is no surprise when you discover over 100 million have come off the production line so far and still going.
And my point is?… well I don’t have one except to introduce a couple of images with them in and inform you why you see the bloody things everywhere you go!

The historic entrance to Mandraki harbour in Rhodes.
This is where one of the seven wonders of the ancient world was believed to have stood The Colossus of Rhodes.

Blind woman on the edge of the Volcano

I captured this image in the near deserted village of Stefanos Greece.
The village is located on the edge of the Stefanos volcano on the island of Nisyros in the South Aegean Greece.
Over the years the village had almost been vacated entirely due to the volcano but a few people still remain.
One such brave resident was this lady whom I unfortunately did not get the chance to speak too.
She was blind and lived alone in her home above the crater with her herd of Goats.
As we approached the location and the scene in front of us unfolded someone described it as being biblical which I think was a perfect description. 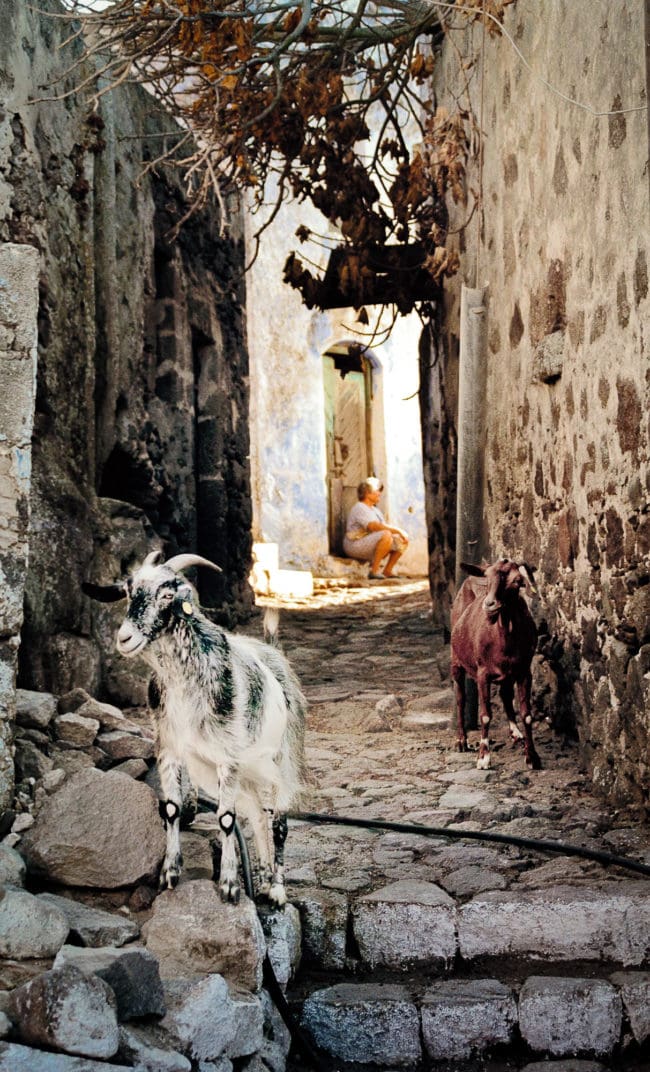