Commercial lifestyle photography means being not only well planned but also fully briefing everyone involved.
I’m an honest chap but I do confess that when briefing the models for this commercial photography photoshoot I left out the fact we were shooting in an old farms silage pit!
It all started a month or so previous while shooting a worldwide commercial photography advertising campaign for my client Mimecast.
One of the mature models on the shoot that day was the very experienced (and ex Milk Tray Man from back in the ’80s) Tim.
Tim like myself was keen to update his Book with new images so we agreed to collaborate on something to benefit us both. 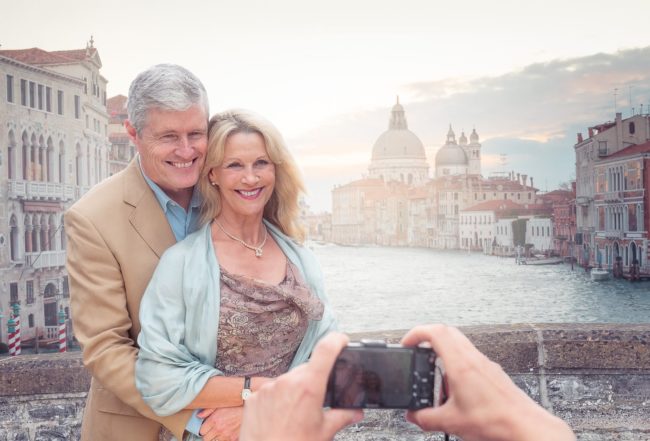 An Anniversary weekend was the concept that Natasha my stylist came up with during our meeting to discuss ideas for the shoot.
It was perfect and from that point, various ideas started to develop and I decided that Venice would be a perfect backdrop for an affluent couples romantic anniversary weekend.

A quick casting with model agency Ginger Snap for a suitable wife for Tim and Andrea was approached and sold on the glamorous concept!
Unfortunately, budget and time restraints meant no Italian location shoot (or jolly as the wife would call it) with models in tow were going to be on the cards.

My original plan was to fly out to Italy and capture the background scenes I needed but work and other commitments meant it might be a while before I could do it.
I did however already have several images in my archives that were perfect for my vision for the shoot and a selection of these were shortlisted.

By studying the images for camera perspective, light quality and direction I made a shooting plan needed to seamlessly composite the models together with the locations. 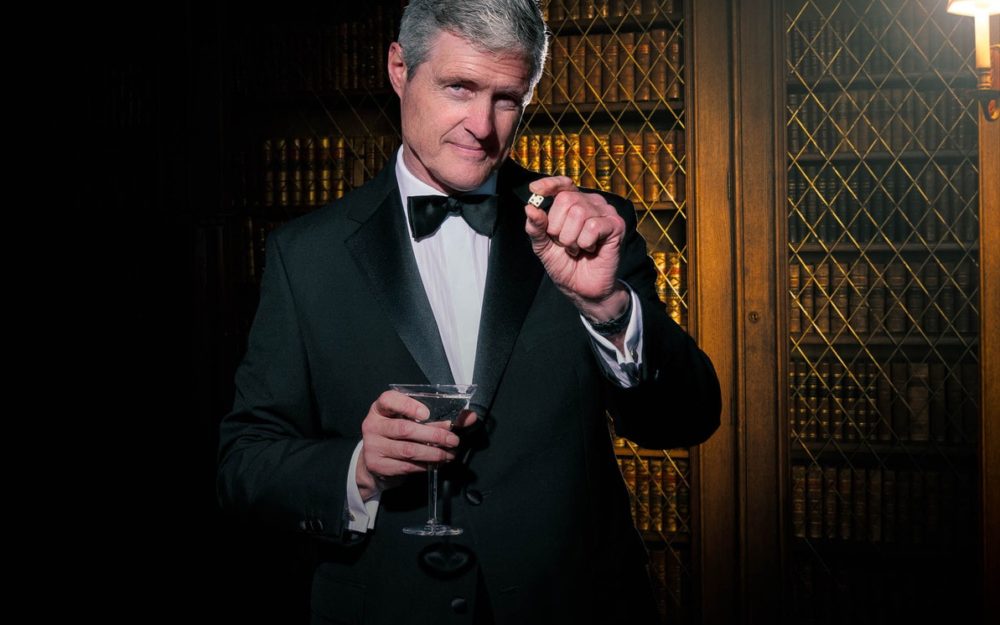 I’m very lucky I have access to wonderful studio spaces when I require one.
On this shoot however I needed to blend the models into mainly daylight scenes and In my opinion, recreating daylight with artificial light rarely blends as seamlessly as I’d like.

My preference (when possible) is to use the real stuff! Once I had the correct quality of natural daylight I could then add some extra lighting to add any modelling if required.
For example, in the dancing image in St Marks Square, the dawn light was pretty soft but did create some light modelling as you can see on the lamp post.
With this in mind, a flash diffused with a 7ft umbrella was added to the right of the models to help melt the models and background together or if you prefer “sell the fake”. 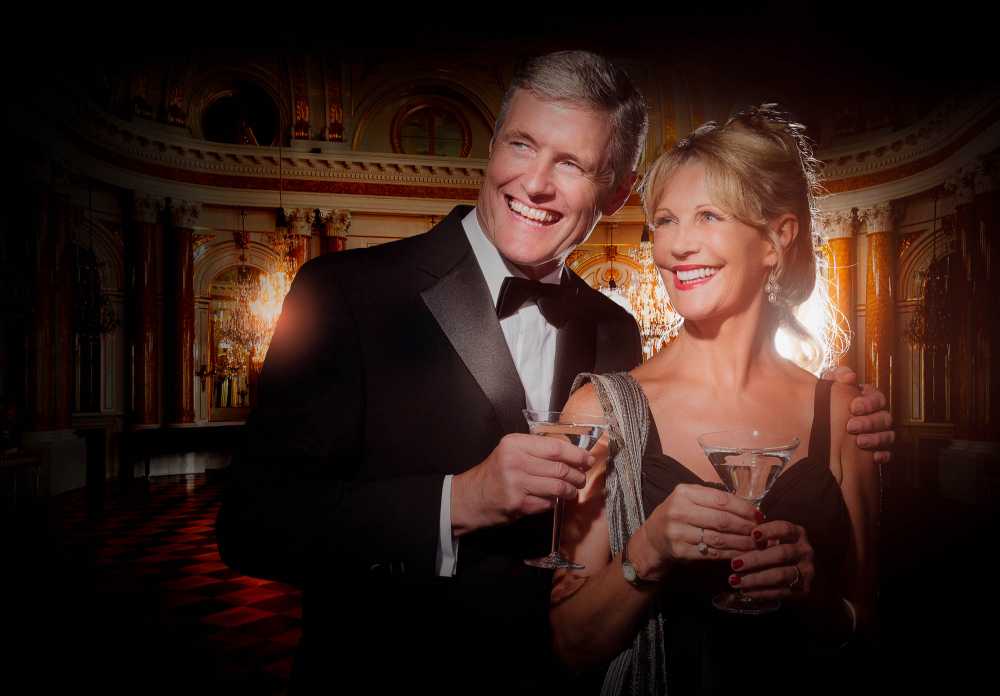 So why shoot in a silage pit? The silage pit was my shooting preference for a couple of reasons. A, For the most part, I needed overcast soft daylight and the bright concrete wall’s and floor provided good natural reflectors giving fairly shadowless even light.
B, This also had the added bonus of providing a clean uncluttered background to aid the masking in post-production.
On top of this next to the shooting area was an open-sided barn with a roof.

This would allow some protection if the weather decided to get worse (rain) or better (sun) both of which would have not been welcome in producing the images.
It also was a handy area for setting up the laptop so we could preview the images and do quick composites as we went along.
A great team effort saw the day come together perfectly apart from one light that didn’t want to play ball which was quickly replaced.
Big thanks to our models Tim, Andrea and their agency Ginger Snap. Stylist Natasha Musson and Monks Yard for the use of the Venetian parts of the old farm! 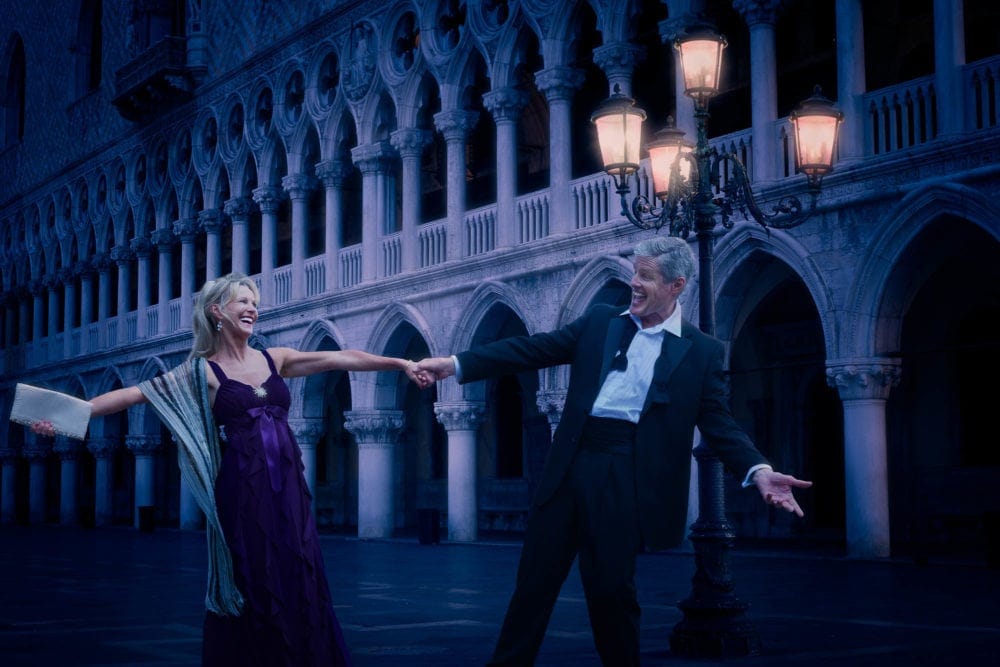 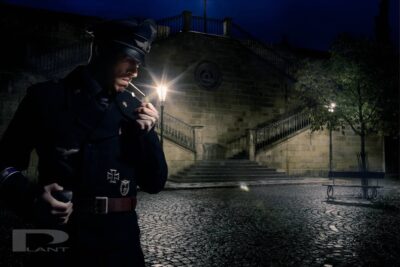 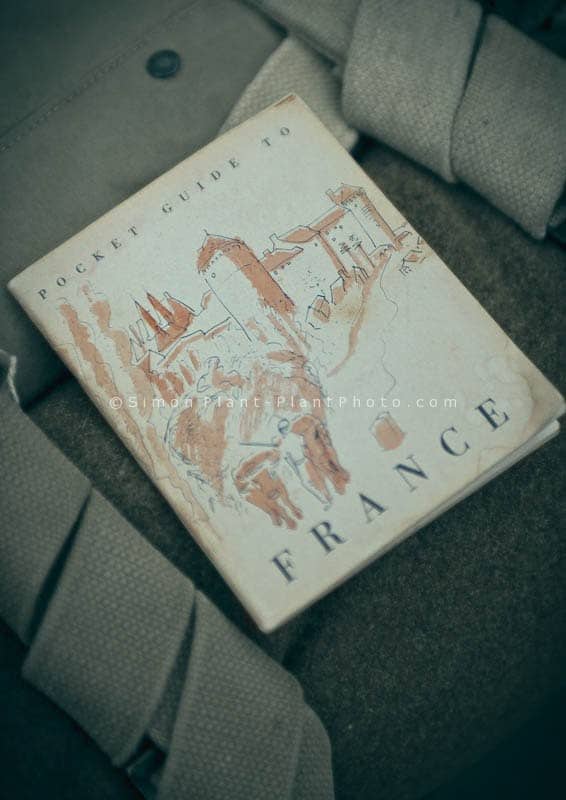 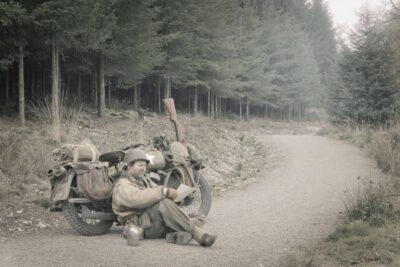 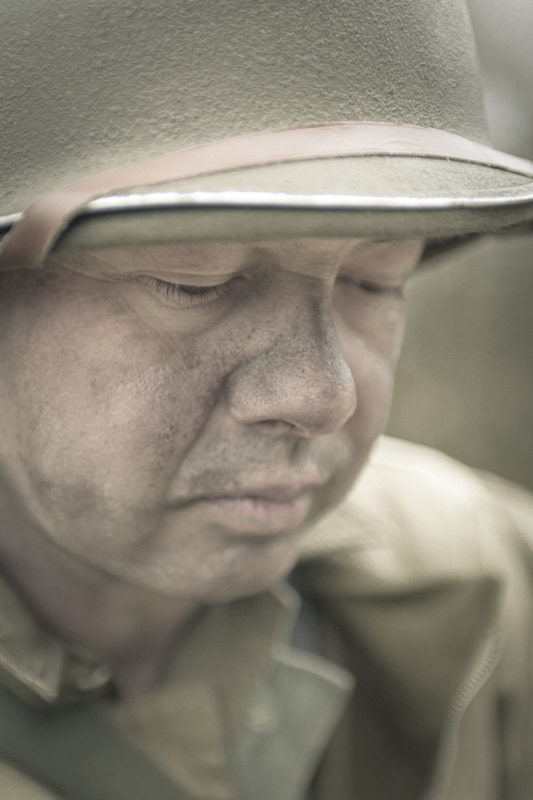 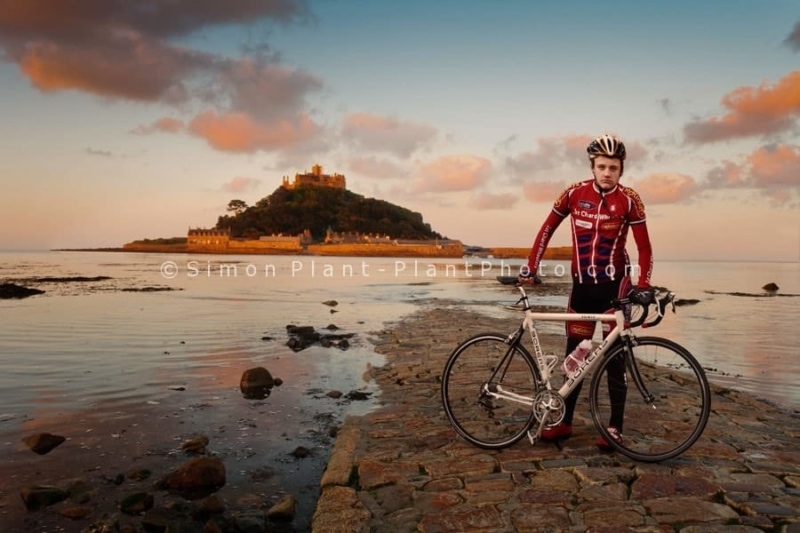