“Whoever You Want To Be” Stonar School

A lovely campaign called “Whoever You Want To Be” for private school Stonar that I photographed and composited together a while ago.

A few weeks ago I received a call from Ice House Design In Bath which is always exciting as I’ve had some lovely briefs from them in the past.
It turned out this call was to chat about another interesting brief titled ” Whoever You Want To Be” for a private school in Bath called Stonar.

The concept was to show the wide variety of activities and opportunities the school offed by showing the same students repeated in the image but in other outfits.
After a brief chat about what I thought might be the best solution to getting the job shot and retouched Jack from Ice House explained about the rather tight deadlines that needed to be met.
The completion dates required happened to be bang in the middle of one of the busiest periods I’ve known as well a family holiday but a doable schedule was drawn up and the job was booked in.

The shoot itself was shot on location at a beautiful 18th-century Georgian mansion called Hartham Park close to Bath.
Upon arrival on the shoot day, It seemed every corner of Haytham’s interior offered me another photographic opportunity and the phrase “Kid Candy Shop” comes to mind.

Finally though myself and Les, the creative director narrowed it down two rooms that fitted the brief perfectly and the job was completed within our allotted time.

A few days (and early hours) in the post was needed to meet a couple of the deadlines but the whole job went together without any drama and more importantly, the client & agency were very pleased with the results. 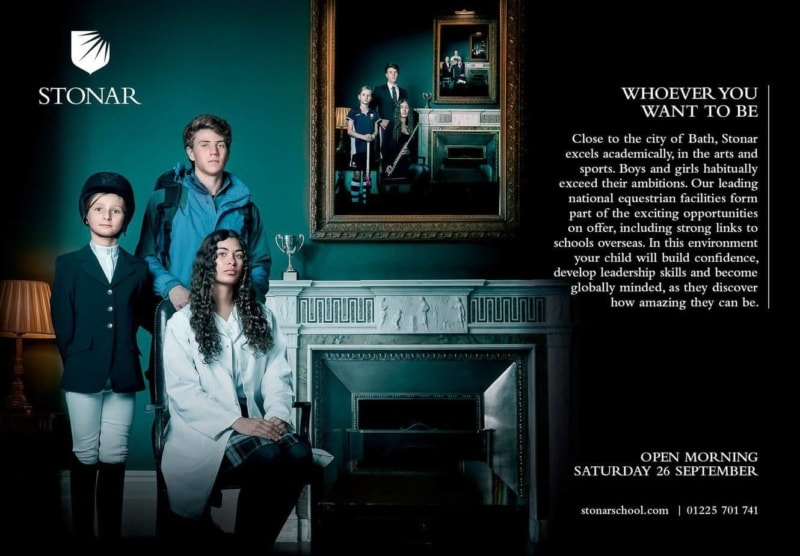 A couple of weeks before Christmas I had a call from an agency called Ice House Design based in Bath.
They had a job for a client that was a private school called Kings Bruton School here in Somerset.
They needed a very particular image creating of a Swan taking off over water to fulfil use in several publications they where planning.
I was especially excited about this brief as I have been working on a personal project titled “Life In A Somerset Landscape” for nearly a year. The project involves photographing (and compositing) well known Somerset Landscapes with both people and animals within them so this job was a good fit for me on the back of this.

Some of the best creatives I have worked with are the ones that give you a brief but allow enough room for me to interpret it and go that little bit further with it.
Jack Owen the Creative Director at Ice House was one such creative, he provided a fairly tight brief but one that we both collaborated on and pushed further.
After several discussions and a few ideas thrown around we set off to start work on the project.The first job was to find some suitable water to capture.I had several location in mind and most where on the Somerset Levels but my first location which was a local reservoir turned out to be perfect so much so in fact that the background was also used from the same images and not stripped in as I expected it would be.

My only problem at the location was the wildlife which insisted hanging around the camera despite me attempting to scare them off (the wildlife are pretty hard down ere in Zummerset ! ). I also had a Robin who kept pestering me wherever I walked or turned and by the end of the shoot I felt a little like Evan Almighty !

Back at the studio I decided to strip two images together to create the slightly wide background required from two frames I shot using a longish lens which had helped to create a nice soft perspective. 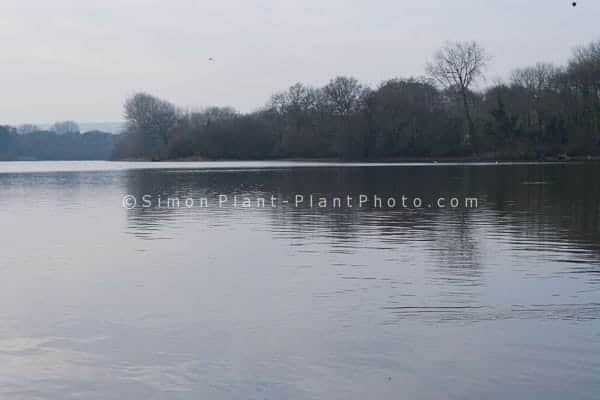 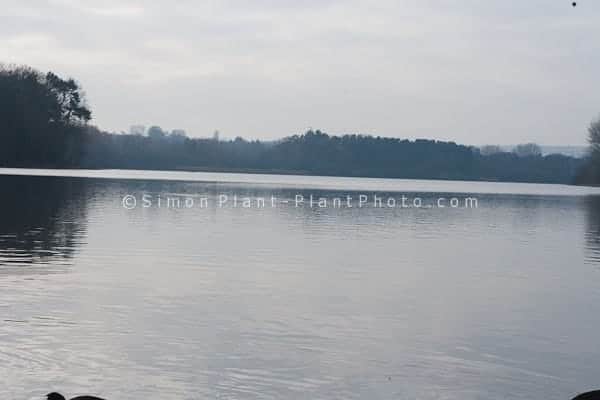 Next I found a lovely sky in my archives that lent itself to the mood we wanted and promptly added this into the scene.

Bruton where the school is based has a lovely old Dovecote on a hill that we agreed would be a nice subtle addition to add to the scene.The plan was to go and shoot this in suitable weather but unfortunately the weather was not on our side so a stock image was sourced and then retouched for our needs.
Another element that I reluctantly had to source from a stock library was the Swan.This was partly down to the tight deadline and also the fact the image needed was quite particular.
It was extremely important that we sourced the correct image of a Swan taking off and that the lighting was a good match for our background.
The main problem I had after scouring through tons of images was that those that where a good match where often of poor technical quality but eventually we found a near perfect image.
The balance of the post production was to add the swan and most important of all perfecting the splashes in the water which where a vital element in the brief.

After a couple of minor adjustments the agency delivered the proof to the client whom I’m told where overjoyed by the finished image.My hat goes off to Ice House for a great brief and some beautiful design work and also to Kings Bruton the client for doing something quite brave and removed from their normal photography requirements.