A Lifestyle Portrait, Keeping The Ambience The Dark Art Of Weaving The Withy

A Lifestyle Portrait, Keeping The Ambience The Dark Art Of Weaving The Withy

While on a shoot capturing some images for my personal project Life In A Somerset Landscape at Withy growers P.H Coates I came across this very dark but atmospheric room.
In it three guys where busy working in the dim light and plenty of banter was being exchanged in their strong Somerset accents especially when I was introduced to them followed by the words photographing you where mentioned!

It wasn’t a Landscape… but the room had a rustic historic charm and bags of atmosphere and I could visualize the final lifestyle portrait image complete with Matthew Godfrey one of the guys who skillfully weaved wicker fences in the room.
The image was going to be a tricky one to attempt to capture in one frame due to the dim light and the fact there were elements I wanted to be visible to help tell the story without over lighting and killing the whole ambience of the place.
It’s one of those moments when seeing the final image and having extensive knowledge of photo retouching techniques allowed me to harvest all the images I would need then combine them in post-production without a huge amount of system time.

A Lifestyle portrait going back in time capturing good king hal at the court.

Living where I do I’m fortunate to be surrounded by some stunning National Trust properties. It was during many of my visits to Barrington Court that I kept bumping into Mike Farley who is a full-time Henry VIII impersonator.
During one conversation I told Mike about my work as a lifestyle photographer and photo retoucher and he agreed for me to photograph him.
My vision for this image was to take Mike back to Barrington Court and create a clean simple and timeless stately background from the various garden hedges and trees available in Barrington Courts grounds.
The actual shoot with Mike only took 10-15 minutes to complete partly due to the pre-planning already done. It’s also always my intention not to take up too much of peoples precious time that they are kindly allowing me to take up.
Mike who happens to be an ex comedian was a joy to photograph and his website can be found here 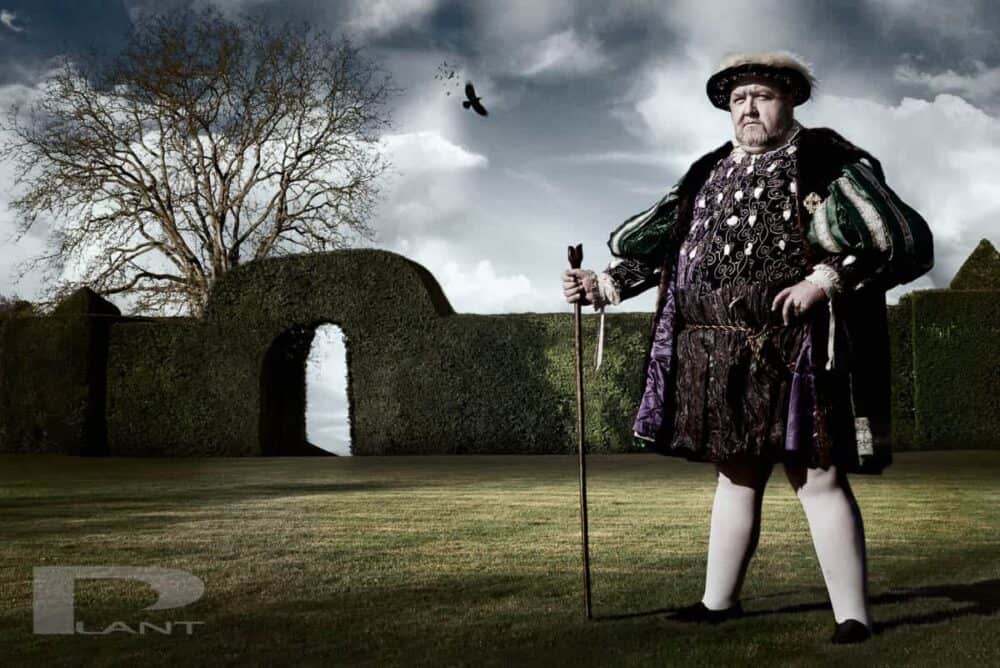 The Bristol Channel can be a treacherous place.
For starters it has the second-highest tidal range in the world, the first is the Bay of Fundy in Canada.
So if that does not catch you out then there is the mud to contend with which claims many a tourist’s cars during the summer months.

I’ve lived along this coast for a large part of my life so I know to give it a lot of respect.
So it was partly this that intrigued me about the Mud Horse Fishermen who go onto the dangerous mudflats to retrieve fish from their nets.

They can only do this as they know the area and tides very well and also have their sledges known as Wooden Horses that keep them from sinking waist deep or more into the concrete like mud.
I had 20 years previous captured an environmental portrait of another of the fishermen but now only 2 survive and I decided to call Adrian Sellick to see if I might be able to capture him for my project Life In A Somerset Landscape
A time was arranged and I met up with Adrian a week later and also his father Brendan who was busy mending nets just a stone’s throw from the beach.

To my amazement, Adrian said he would drive us part of the mile or so out to where his Horse was anchored in his small 4×4 and I have to say I was pretty nervous about that after seeing so many vehicles devoured!
Thankfully I had nothing to worry about and with Adrian’s advise I managed to avoid stepping on the wrong type of mud and being swallowed up and got the shots I wanted before the tide turned.
The final image shows Adrian with his Wooden Horse with Hinkley Point Power Station in the background.

Retouching For A Seamless Hair Transplant “Surveying The Moor”

Photo Retouching For A Seamless Hair Transplant “Surveying The Moor”

This image came out of doing a favour for a friend who was setting up a business for house sitting dogs and needed some promotional images of herself with her dog Barney. 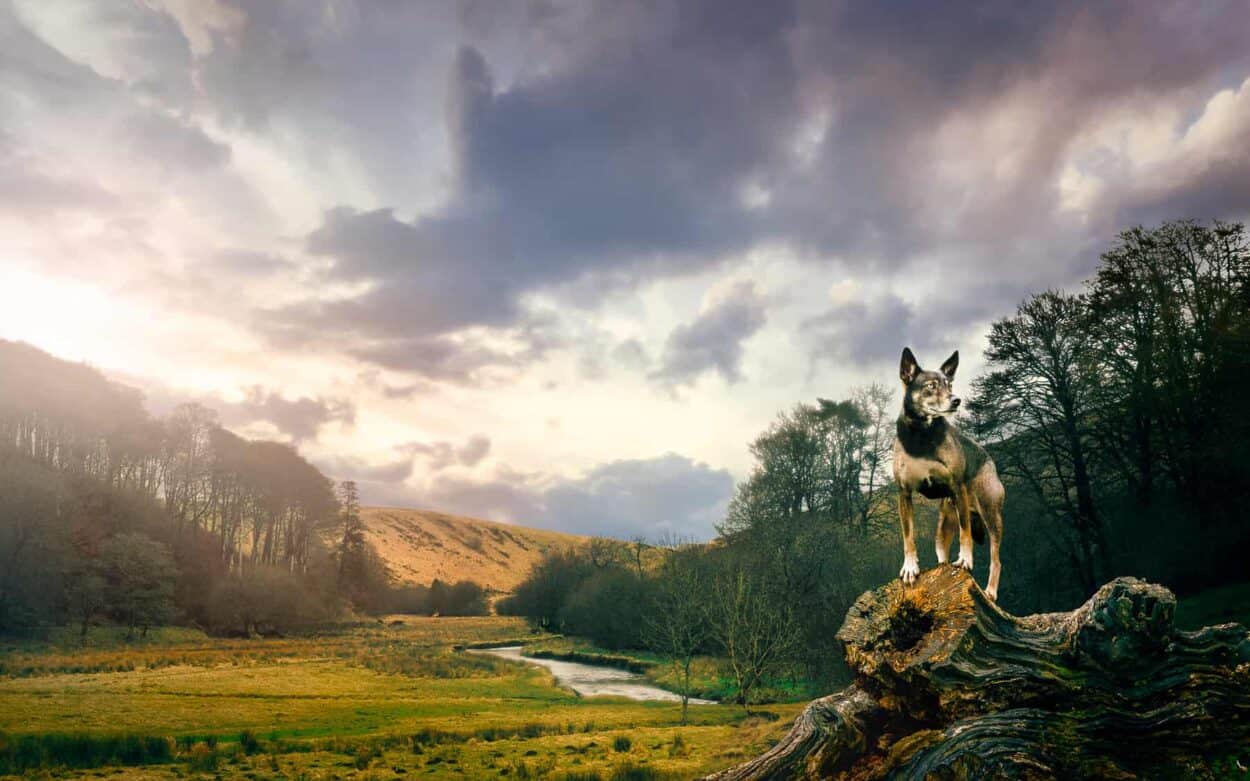 It was while on location shooting the portraits that we passed this huge fallen tree and Barney decided to climb on top and the image simply announced itself in front of me. Unfortunately Barney had a bright red harness on and due to sheep being in the vicinity it could not be taken off so using some careful photo retouching it was removed in Photoshop making sure to add suitable fine hairs for a seamless result.

The background was a landscape captured on Exmoor and proved a perfect fit with the correct colour grading.

Combining two of my passions in Commercial Photography & Football is as my mum would have phrased it “like having your cake and eating it !” My son now 11 and a half has been at Yeovil as a player since he was around 7 years old. As a result of spending a lot of time at the club for training sessions and games, the Yeovil Town Community Trust learnt of my work as a commercial photographer in Somerset and asked if I could help them with their imagery & promotional needs. The Trust is the charity arm of Yeovil Town F.C and also run the Youth teams and training sessions and various other work within the local community.

The latest images they required (show here) were to illustrate the various Development Centres that are located around Somerset and their appropriate kits for a new website launch. Having full creative freedom I decided that the kits and model would look great captured against a white clean background and then to create some impact with the creative use of lighting.

The trust knowing my son had recently modelled in a video for the NSPCC and the fact the budget was tight being a charity asked if he would model the kits for the shoot.

Here are a few of the images with the completed photo retouching. 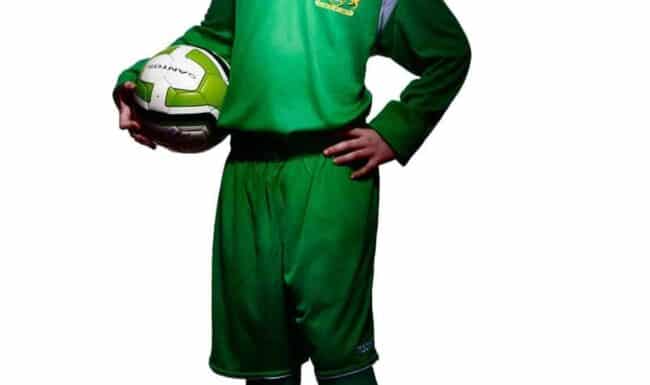 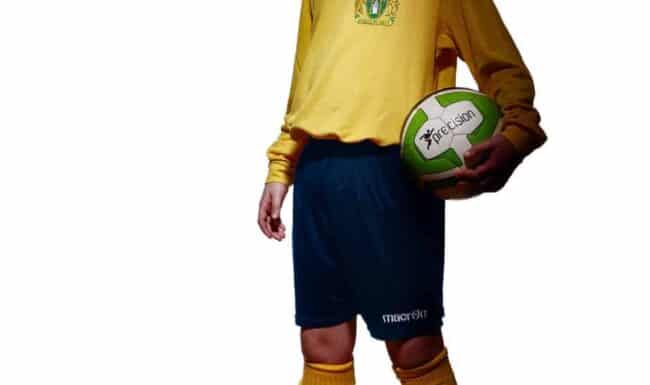 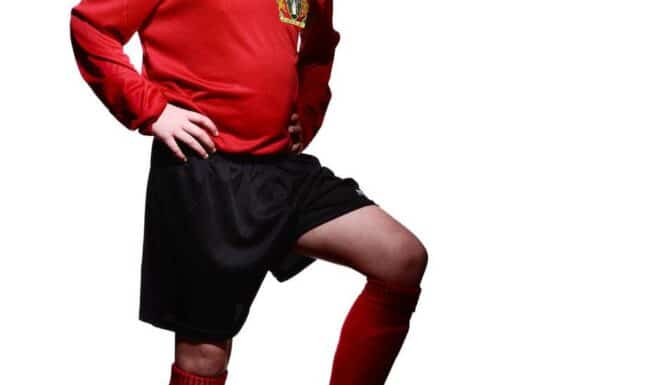 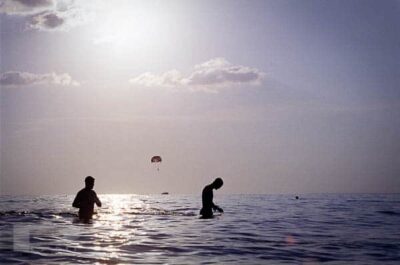 Turkish Bathers at Side Turkey 2001 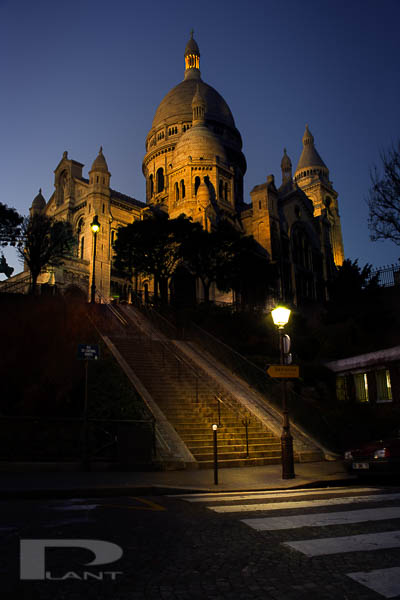 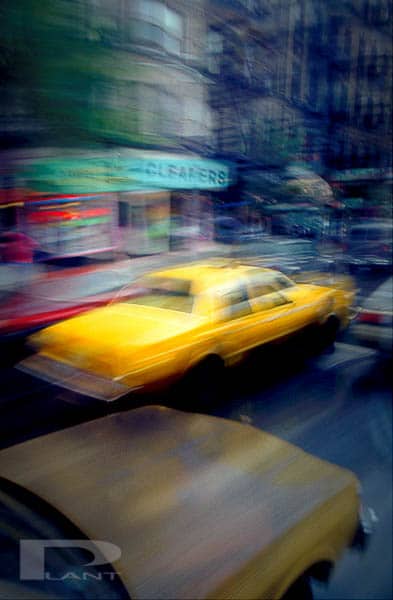 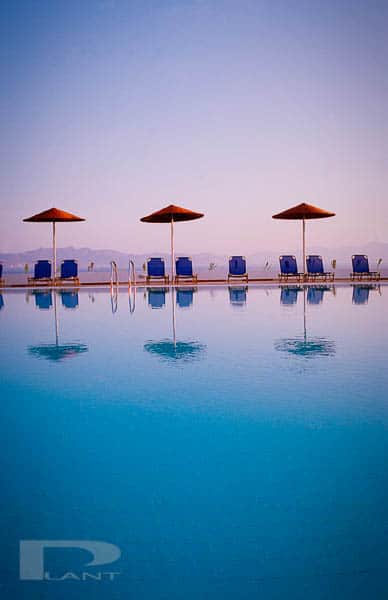