Path To The Cove

One of the first times I visited Kynance cove was is the early 90’s while shooting a lifestyle campaign for Clarks Shoes active sandals.
This shot was captured a decade later but not from the popular viewpoint that is most often used for postcard and book sales.
It’s sometimes hard to find a good vantage to call your own at well known locations but I see little point in replicating what’s been done countless times before.
I loved this vantage point I think it was the winding path and the stream leading down to the cove and beach cafe that made me stop and shoot from this spot. 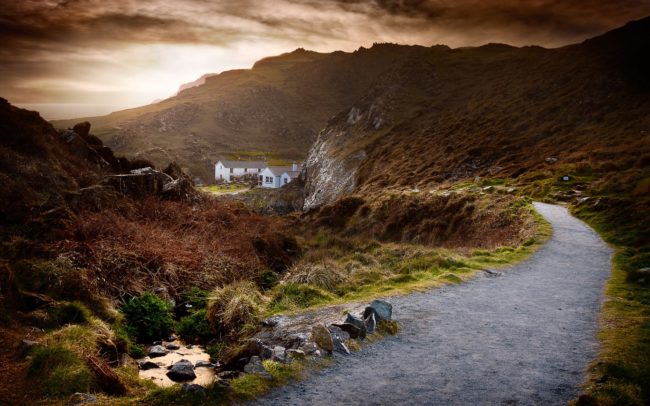